The only artisan-driven atelier specializing in exceptional cashmere for the discerning, including spouses of presidents and prime ministers; supportive designers and architects; the Aman Group; the COMO Group; Club 21; the Ritz Carlton Hotels; the Four Seasons Resorts; the St Regis; the Bvlgari Resort; the Biyan Group; Vanilla Home, among others.

“I walk this unfamiliar path because it is my way to experience life more fully.
After 23 years in the corporate world, it was time to act on the realisation that it is not all about me: This time,
it is also about the artisans and others whom I can reach in Nepal and who struggle from day to day,
through this artistic and economic collaboration with them.”

BY & FOR ANGELS ANONYMOUS 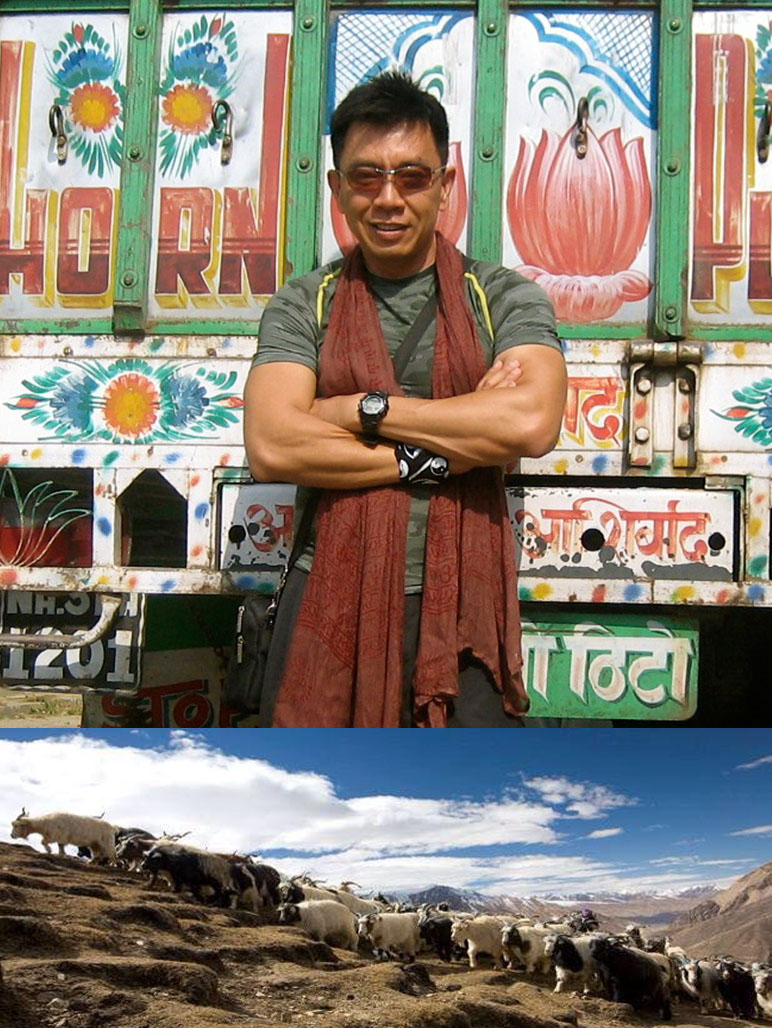 Gerald HENG, a Singaporean, started this after his tenure as a volunteer with an Asian Development Bank project – the Micro-Credit Project for poor women in Nepal – ended in 1999.

He was sent under the auspices of the Singapore International Foundation and was attached to a Canadian NGO. Funded mostly by the Japanese and Norwegian governments, the Project provided small loans to poor Nepalese women to start small enterprises so as to alleviate the poverty of their families.

Moved by the sincerity, creativity, and struggles of the people and country, Gerald, now on his own, decided to focus on one craft – making the most exquisite cashmere ever – while improving the livelihood of the people. Over the years, he has learnt a lot, fell deeper in love with Nepal, and created amazing pieces and fulfilling relationships. Fueled by his passion and eye for color and texture, he rediscovered a fresh purpose in life that allows him to meaningfully collaborate with local communities, preserve and raise their craftsmanship, and link them to the world.

© Copyright Grand Portfolio Theme Demo - Theme by ThemeGoods
© Copyright 2017-2022. AAPASHMINA.COM. No part of the website is to be reproduced without prior permission.
Novinky a aplikace android